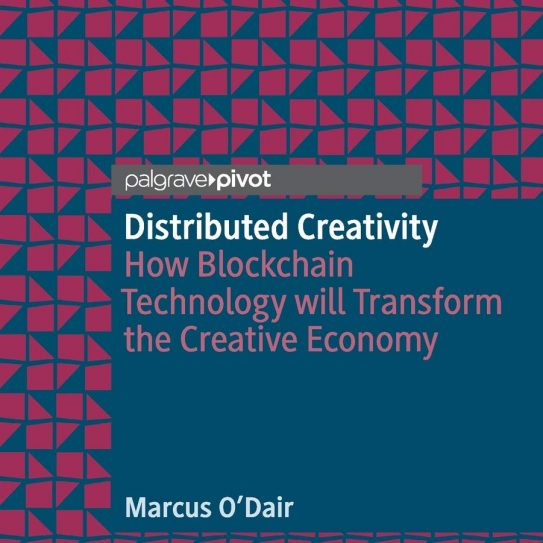 Abstract
Blockchain technology may first have emerged with bitcoin but its significance extends far beyond the financial sector: its impact on the creative economy, for instance, is potentially transformative. Since adoption has not been quite as fast as some predicted, blockchain currently languishes deep in the trough of disillusionment. Yet the hype, especially that related to token sales and cryptocurrency speculation, was always misguided: the value of blockchain and other distributed ledger technologies was never directly related to speculative investments in cryptocurrencies and tokens. The current disappointment is equally misguided: blockchain technology could still usher in a whole new techno-economic paradigm. It is simply that new paradigms do not appear overnight. The current under-performance of blockchains in technical terms, for instance in terms of scalability, is no reason to write it off: indeed, it is normal for disruptive technologies to under-perform when measured by metrics associated with established, ‘sustaining’ technologies. If and when they break through, however, these technologies disrupt not only more established technologies but also the associated metrics. A new chapter begins.

This research, based on interviews with 10 start-ups using blockchain technology, suggests that blockchains could be transformative in four respects. Firstly, ownership models could be re-imagined, resulting in improved attribution and the creation of a single source of truth for payments and licensing. Secondly, payments and licensing could become both smart (in the sense of ‘smart contracts’, or programmable transactions) and transparent (at least, as transparent as is desired). Thirdly, creators could set parameters for pricing and licensing their works and promoters could set parameters for the re-sale of tickets. Fourthly, new business models could emerge, with consumption data being used to benefit creators rather than intermediaries; a new market for ‘cryptocollectibles’; automated droit de suite payments for the resale of artworks; and tokens with genuine utility (not simply a means of raising finance) used to incentivise new forms of collaboration. That potential, however, will not necessarily be realised. Barriers to adoption, from legal and regulatory uncertainty to ongoing confusion about the distinction between bitcoin and distributed ledgers more broadly, will take time to overcome. And even if the barriers are overcome, the adoption of blockchain technology will not be without risks. The question we should be asking is not whether, or even when, blockchain technology will be more widely adopted within the creative economy. The question we should be asking is this: if it is more widely adopted, what will be the impact?

Speaker
Marcus O’Dair is a musician, writer and academic. He is the author of Distributed Creativity (Palgrave 2018), about the potential impact of blockchain technology on the creative economy.
Marcus is a consultant with CMU Insights, delivering training programmes in the UK and internationally. He has also consulted for the Lost Art agency, for whom he worked on digital marketing for the Red Bull Music Academy, and the production company Somethin’ Else.
Marcus is a Director of the Featured Artists Coalition, a non-profit that exists to support, promote and protect artists in the music industry, and a trustee of New Note, an award-winning charity that uses music to support recovery from addiction.
Marcus is currently Associate Dean of Knowledge Exchange and Enterprise at University of the Arts London (UAL), responsible for developing strategic partnerships with organisations outside higher education, from local councils to global fashion brands. He is also setting up both a creative business incubator and a centre for social engagement through creativity. He was previously Associate Professor in Music and Innovation at Middlesex University.