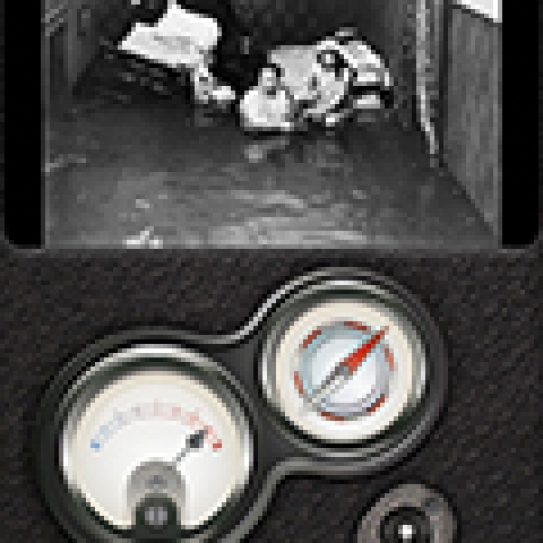 Ghost Cinema App: Temporal Ubiquity and the Condition of Being in Everytime

Last year Chris Barker and I worked on the Cinematic Geographies of Battersea: Urban Interface and Site-Specific Spatial Knowledge project. The AHRC-funded research project was conducted by the Universities of Cambridge, Liverpool and Edinburgh in partnership with English Heritage (EH). The project aimed to complement The Survey of London (EH) work on the parish of Battersea, by studying how this area has been portrayed in films over the 20th century.

And more recently with the help of Maureen Thomas (Cambridge), Matthew Flintham (Indepent / London / Liverpool) and Fionn Tynan O’Mahony (Edinburgh) we developed the movie below to describe who the app works in situ.

To place the idea of the app in to a loose theoretical frame, I was particularly interested in how the movement through geofences would exorcise archive material from the past and begin infiltrating live social media. This haunting of old material into real-time spaces could be described as a form to Temporal Ubiquity. ‘Ubiquity’, the ability to be everywhere at the same time, a condition historically attributed to the occult is now a common feature of the average mobile phone. Featuring applications that allow owners to connect synchronously and asynchronously to friends, colleagues and strangers, smart phones that are connected to the internet all of the time support and extend a wide reaching net – not only in real-time but across historical time.

Facebook pages such as Lost Edinburgh posts old photographs of Edinburgh and thousands of followers and a huge amount of daily interest in the form of commenting on particular posts.

Other examples of keeping the past alive include Mike Jackson: 79,813,888 likes, or

Where Were You When 911, which documents where people were during the 911 attacks in New York.

Even more dramatic, because the events take place over a much shorter period of time and involve many more people, is ‪@TitanicRealTime, which charts the preparation, launch and ultimate disaster of the passenger liner that sank in the early morning of 15th April, 1912: https://twitter.com/titanicrealtime

Since the emergence of social networks such as Twitter and Facebook, members have been using these platforms to share historical data as well as ideas that are within a zeitgeist. It is now common to find yourself following the tweets of a historical figure on Twitter who has long since died but their daily diary entries are tweeted by his/her descendants. The Ghost Cinema app exploits this temporal ubiquity by recovering historical cinematic media as users walk into locations across Battersea, London and shares this data through their personal Facebook and Twitter accounts across the network.

Less haunting but related in terms of ‘things talking’ is the final scene in Cronenberg’s Cosmopolis in which the cars express their stresses of the working day. The final scene of our movie has a reference to this idea that the landscape can chat and discuss it’s experiences from the past.

We use cookies to ensure that we give you the best experience. By agreeing you give consent for your data to be processed by carefully selected third parties to improve user experience.OkNoRead more